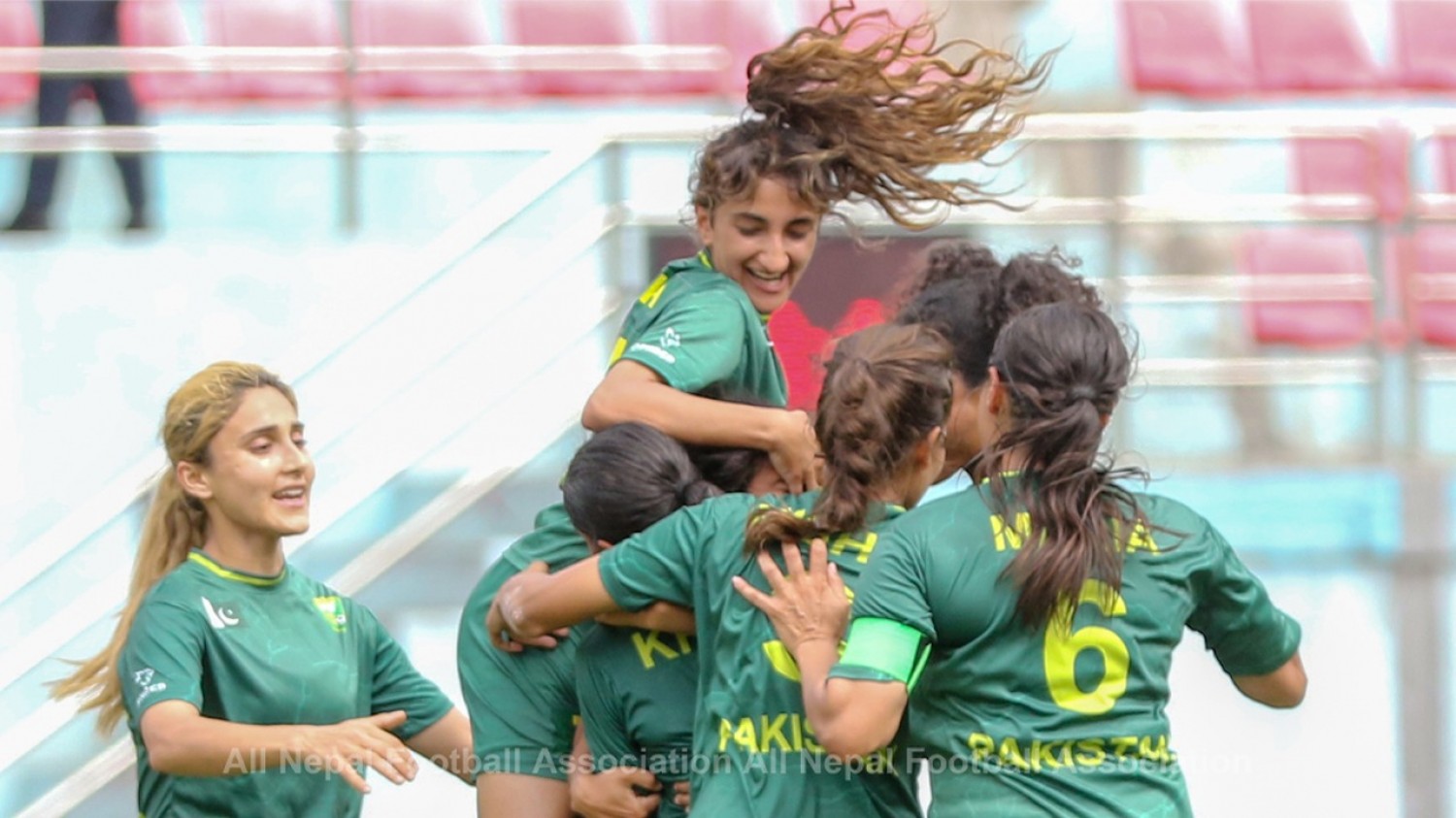 Pakistan defeated Maldives 7-0 to end their SAFF Women's Championship 2022 on a high at Dasharath Stadium on Tuesday.

It was Pakistan's first win upon their return to international football after eight years absence and the team made it a memorable one.

Both Maldives and Pakistan had already crashed out of the tournament having lost their previous two matches and had the chance to redeem themselves which Pakistan seized.

Fareed opened the scoring in the 39th minute to give a 1-0 first half lead. Maldives scumbbed in second half with Kazmi giving the lead four minutes onto the second half. Khan's hat-trick with goals in 54th, 78th and 84th minute completed the dominant victory before Hira added a seventh in the added minutes.

It was a miserable tournament for Maldives who had lost to Bangladesh and India in the previous two matches.

India and Bangladesh will play in the final group match of the tournament at 5:30 pm. The match will confirm the semi-final opposition for both the teams.