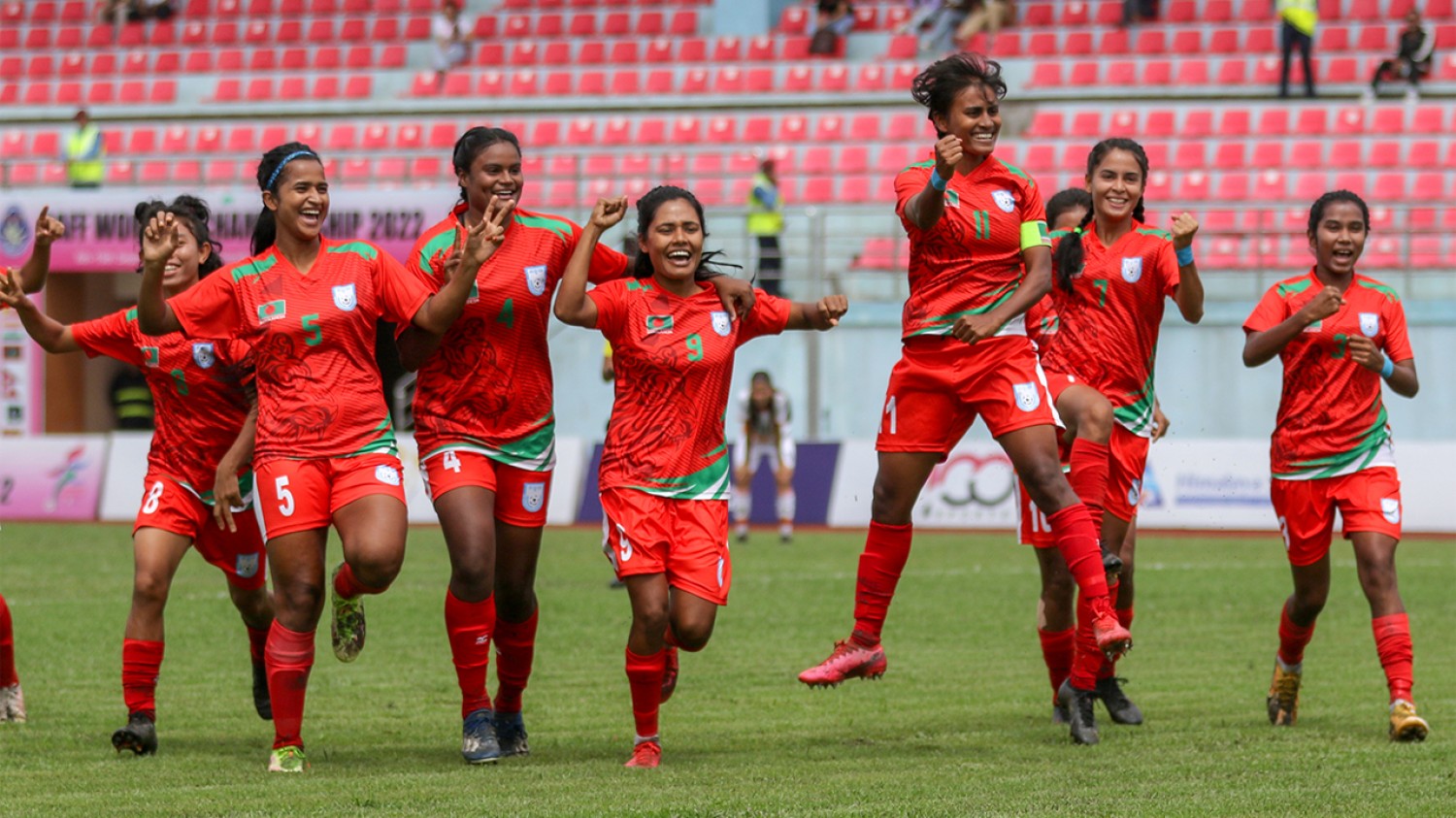 Bhutan's first appearance in the semi-final of the regional championship ended on a sour note as Bangladesh outlined their title credentials having defeated India in the final group game.

Shopna scored Bangladesh's first in the second minute before Sabina doubled it on the 18th. After Srimoti Krishnarani made it 3-0 in the 30th, Ritu Porna added the team's fourth five minutes later.

Sabina returned to score in the 53rd minute before Parvin made it 6-0 three minutes later. Tohura scored in the 87th minute and Sabina completed her hat-trick in the added minutes.

Bangladesh will now play against the winner of the other semi-final being played at 5:30 pm at Dasharath Stadium.

Nepal face India in the other semi-final clash.