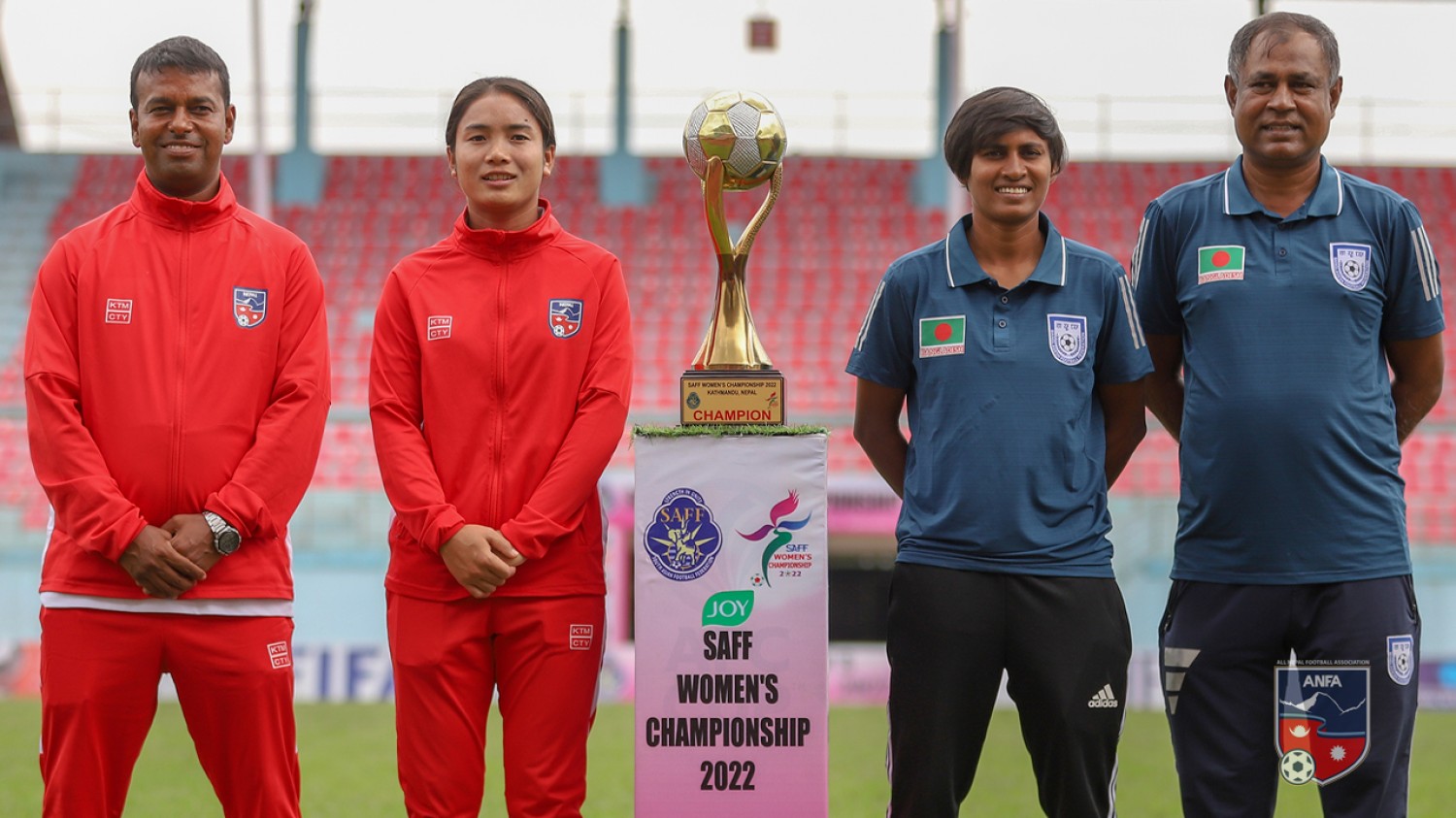 Both Nepal and Bangladesh expressed their optimism to win the title of the SAFF Women's Championship 2022 when the two teams meet in the final on Monday.

Speaking at the pre-match press conference, Bangladesh and Nepal's team coaches said they would win the trophy.

Bangladeshi coach Golam Rabbani Choton said his players were ready to face a tough competition in Nepal in the final tomorrow. "My players are ready and we hope to win the title," said Choton. Choton said he knew a capacity crowd would turn out for the match but will be unfazed by it.

"We have played in front of large crowds cheering for their teams and won the matches. My players are ready for the crowd too," he said.

Thapa said his team was mentally and physically prepared for the final. "We defeated India and created history. But we have another big opportunity to create bigger history. We want to add a star atop of our logo in our jersey," he said pointing to the ANFA logo on the jersey.

Nepal will face Bangladesh in the final at Dasharath Stadium at 5 pm on Monday.