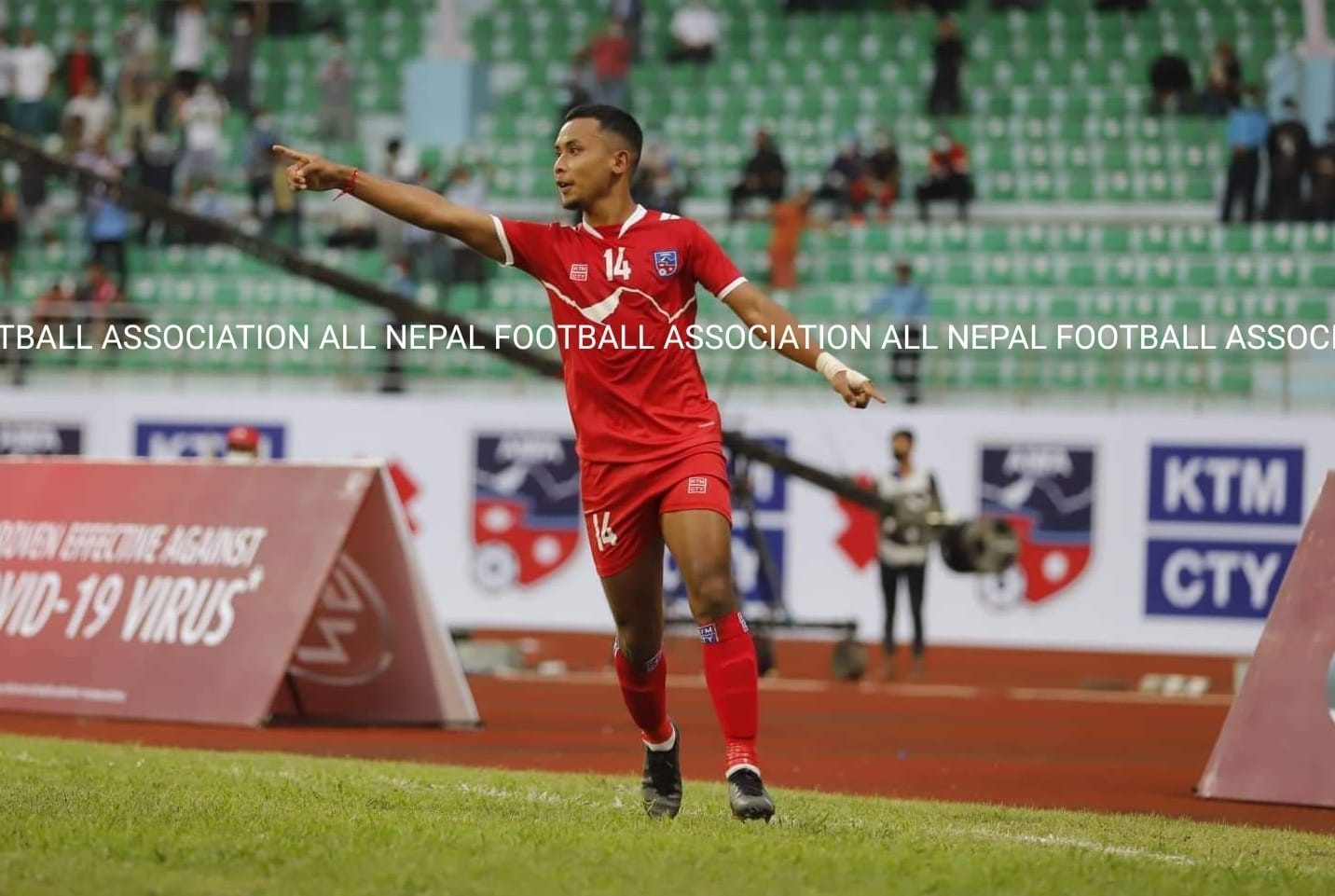 Nepal played out an entertaining 1-1 draw against India in the first of the two friendly matches at Dasharath Stadium on Thursday.

Nitin Thapa made his debut for the senior team as Nepal took the lead in the first half through Anjan Bista but could not hold onto it as India bounced back.

Making amends for his earlier free-kick in the 32nd minute which he skied, Bista pounced on before Chinglensana Singh Konsham's back pass was met by rushing goalkeeper Gurpreet Singh Sandhu and scored into an empty net in the 36th minute. Both the teams had few other clear cut chances to score in the first half.

India bounced back in the second and levelled the game through Anirudh Thapa in the 60th minute. Indian skipper Sunil Chhetri's powerful left footed shot was punched by Nepali goalkeeper Kiran Chemjong only for Thapa to bundle it into the post.

Indian coach Igor Stimac said the poor pitch condition hampered the team's performance. "The whole team only had two training sessions together, Nepal had been preparing for this match for two months," said Stimac.

Nepali coach Abdullah Almutairi said they played well but still need to work on their mistakes. "I am proud of my players but we have to work more for our prime target which is the SAFF Championship," said Almutairi.

The second match will be played on September 5 at Dasharath Stadium.