Sabin Memorial FC became the final team to secure their place in the playoffs as group stage of 'A' Division National Futsal League concluded on Tuesday. 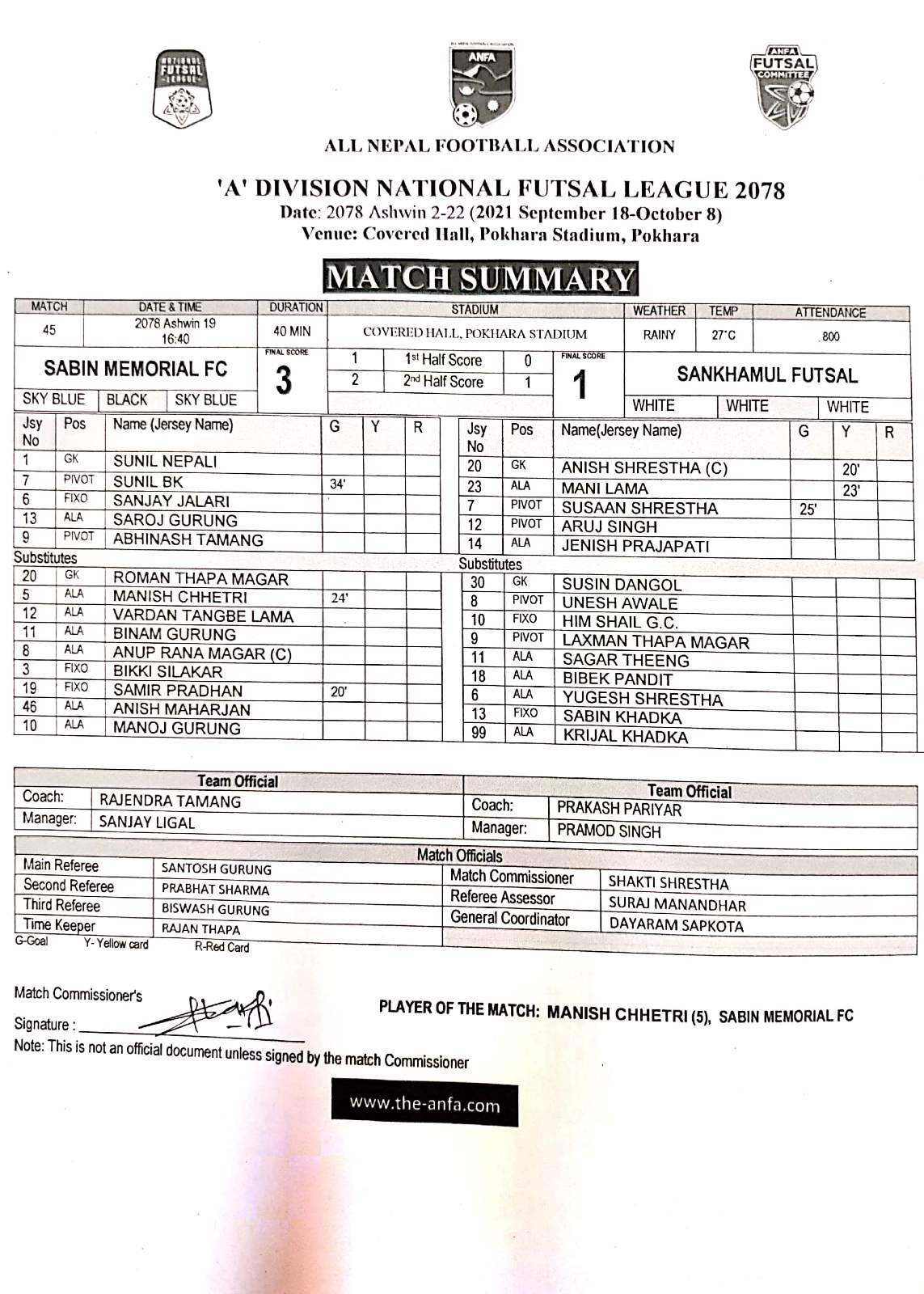 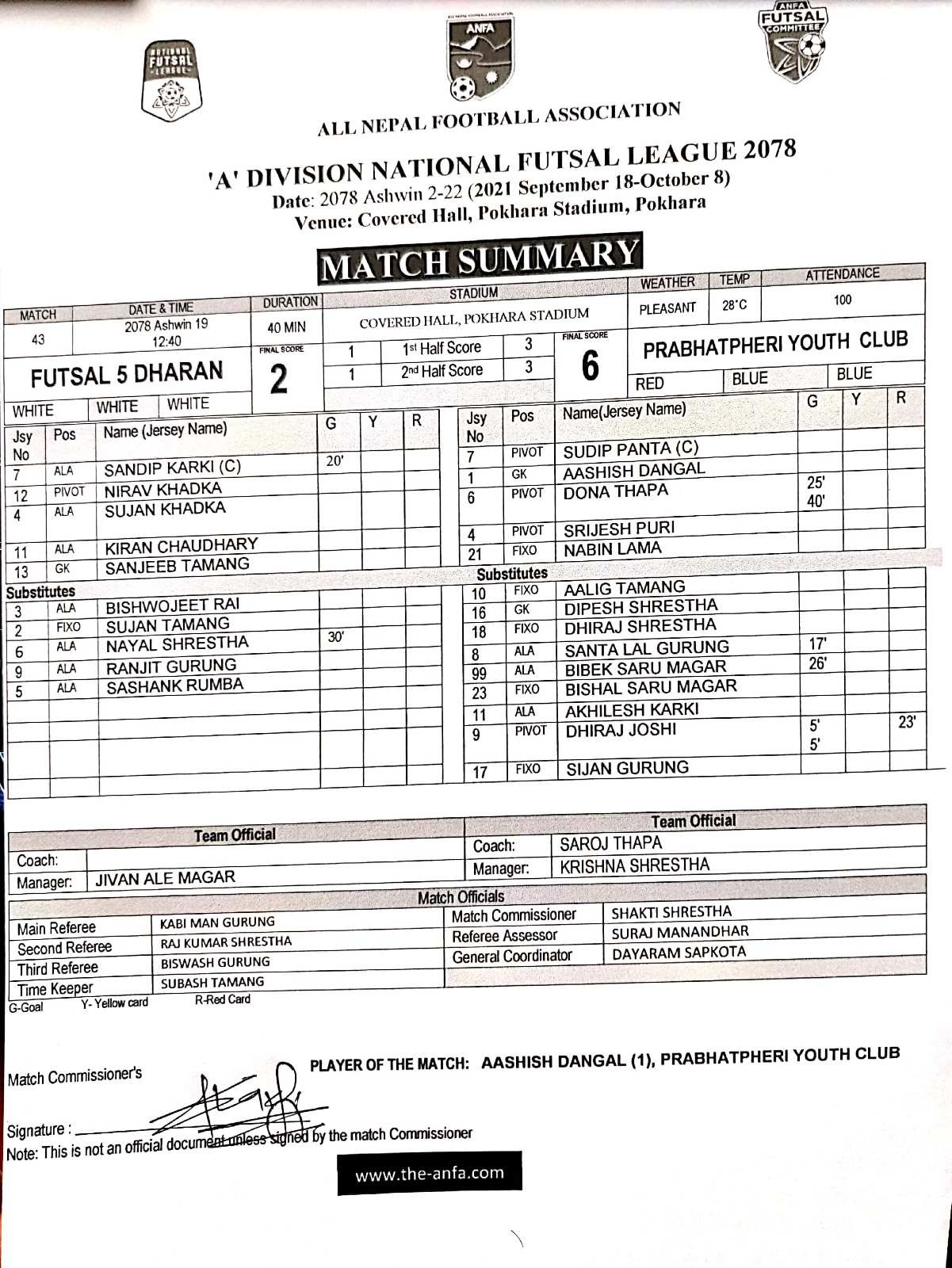 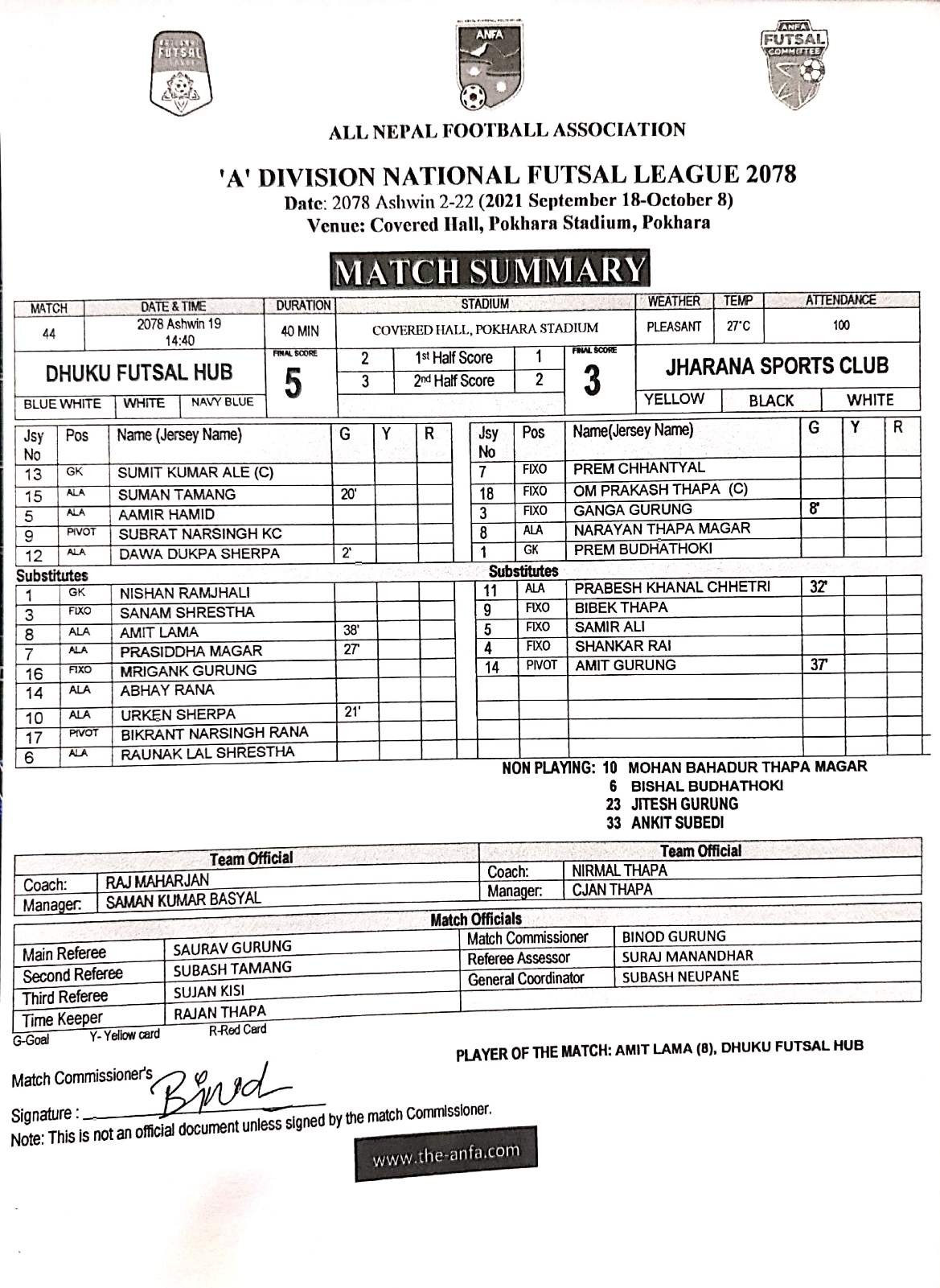