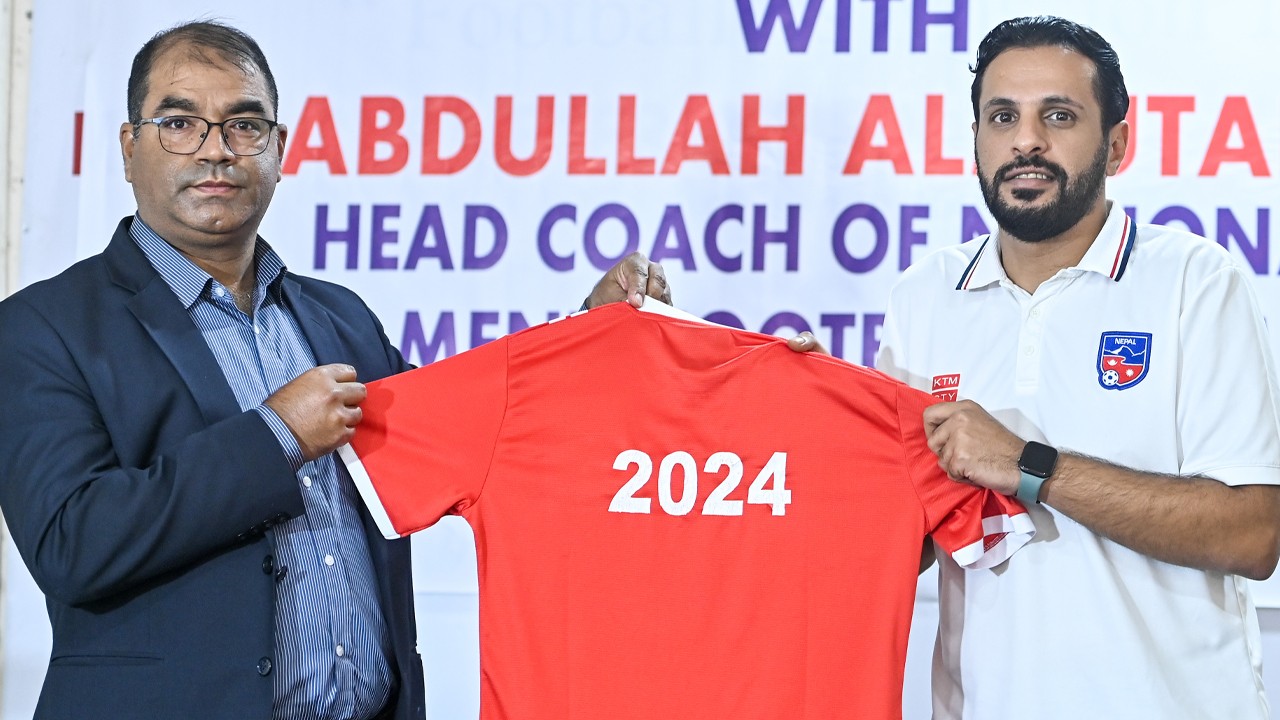 Head coach of men's football team Abdullah Almutairi has extended his contract until 2024.

The agreement between the head coach and All Nepal Football Association for another three years.

Almutairi was appointed as the head coach in March this year and underseen the team in the FIFA World Cup Qualifiers matches and the SAFF Championship. The national team has played 11 matches winning three and drawing two since Almutairi took over at the helm. He also took the team to the final of the SAFF Championship for the first time where Nepal finished second behind India.

Almutairi also unveiled his plans for the national team and said the love and affection he was shown by the Nepali fans was the primary reason for him to extend the contract. He said his next target was the third round of Asian Cup 2023 Qualifiers where he aimed to finish third in the group.