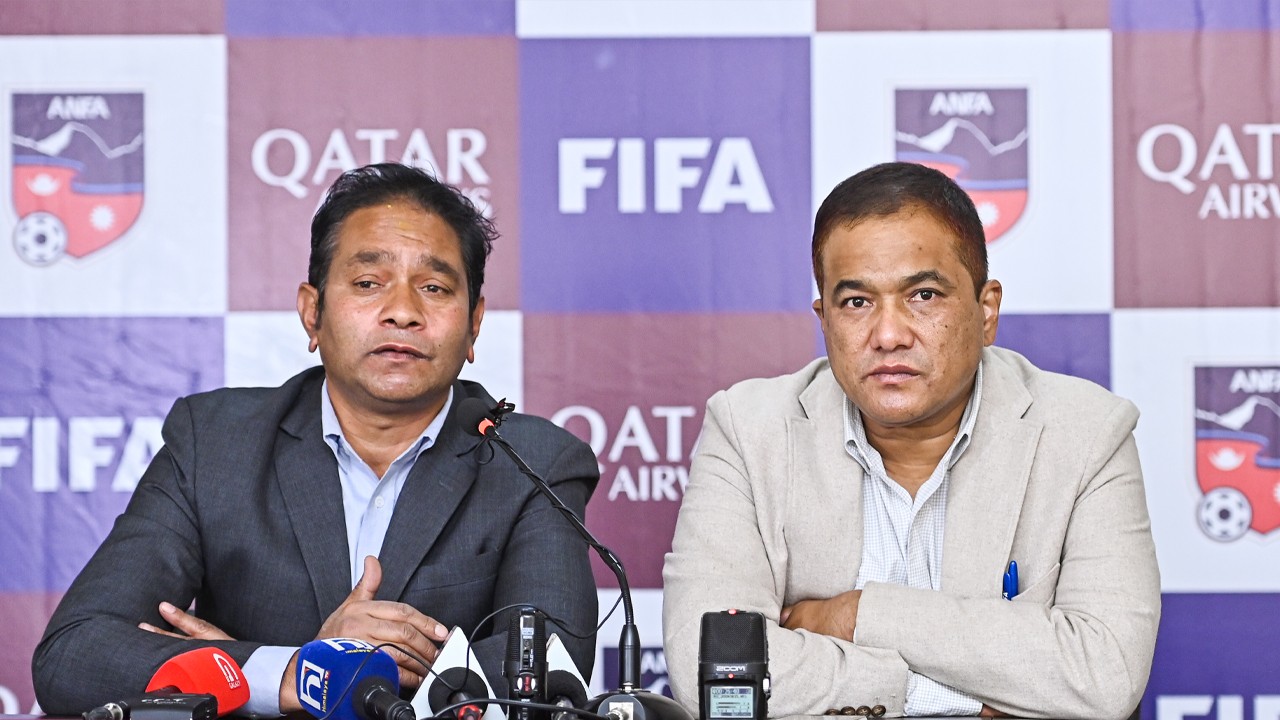 The ticket price for the upcoming Qatar Airways Martyr's Memorial 'A' Division League has been fixed at Rs 100 for the normal parapet and Rs 500 for the VIP parapet.

The league begins from November 19 with Friends Club taking on Satdobato Youth Club in the opening match at Dasharath Stadium. The match will begin under the lights at 5 pm.

In a press meet at Dasharath Stadium on Friday, ANFA General Secretary Indraman Tuladhar and League Committee Director Sanjeeb Mishra briefed the media about the preparations for the league.

General Secretary Tuladhar said the league was pushed back from its previous scheduled date to develop weekend football culture in the country. "Matches will also be played under the lights to boost crowd's presence in the game," he said. Tuladhar said beside Dasharath Stadium matches will also be played at ANFA Complex in Satdobato and Chyasal Football Ground and the tickets rates will remain the same in every venues.

League committee Mishra said matches can also be played in Pokhara but pointed on various factors that needs to be settled first to play the game there. "There are number of factors that need to be sorted out first. We are still in discussion regarding holding games in Pokhara," he said.

A total of 91 games will be played in single round format. The winner of the league will receive Rs 7.5 million and the runner-up will receive Rs 5 million. The third placed team will win Rs 2.5 million while two teams will be relegated to the second division.

ANFA has signed broadcasting agreement with Kantipur Television for the league.