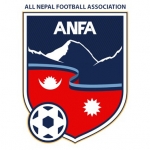 Total 210 goals were scored by 14 teams in 92 matches. Please click on Awards to check winner and runner up details including other individual awards distributed in this tournament. Click here to check some of the players who had played on this tournament.

Following are the teams that had participated in the tournament.

A division league has been completed and we have a new winner, Machhindra Club. While they managed to stay inside top 3 from round 3rd, they were also in first position at the end of round 6th. The second time they reached the top of the table, league is completed and they have won the league. Saraswati club made a record by staying on bottom of the table for while season. 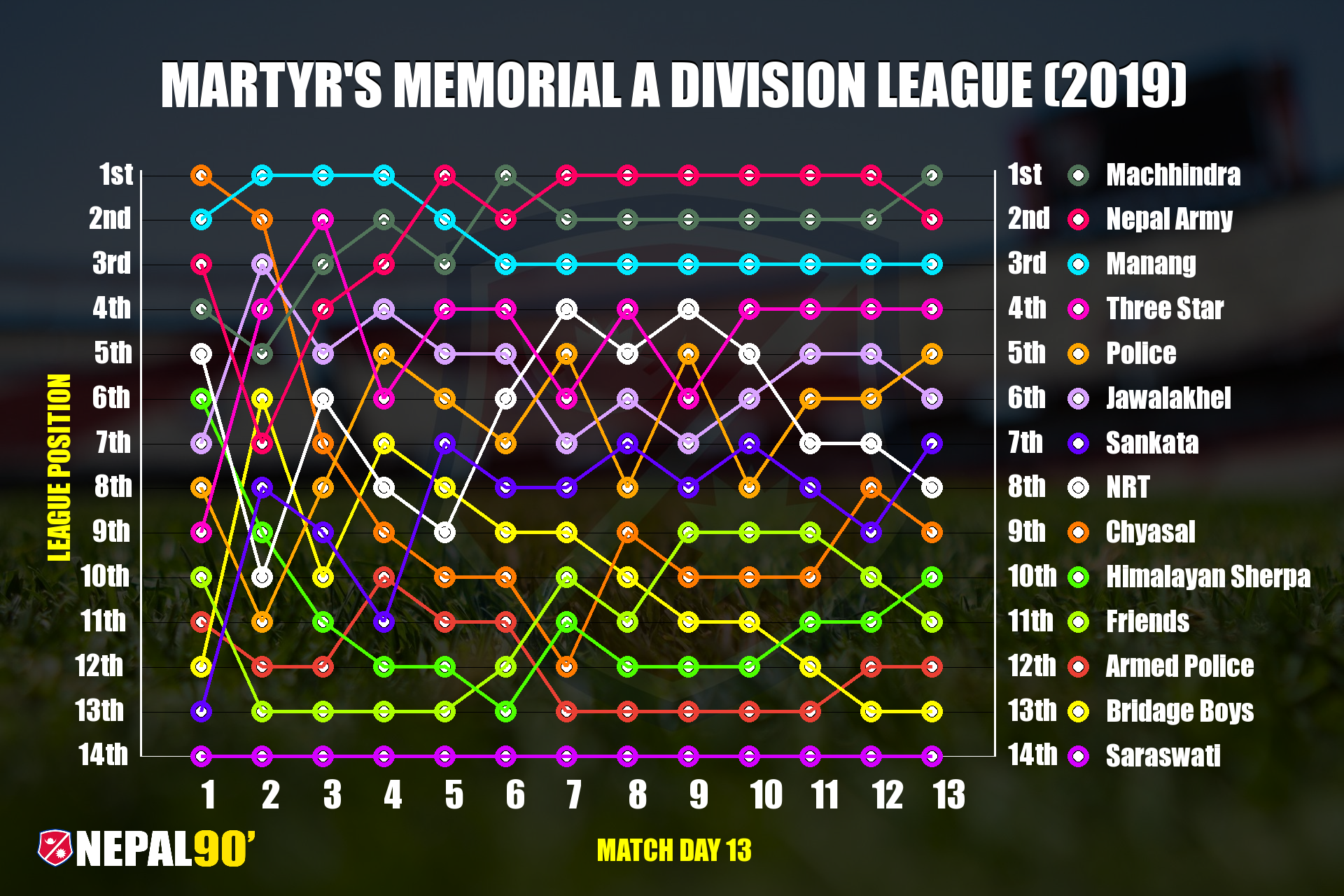 There are no position changes for any team from 9th round to 10th round. Army club first, Machhindra second and Manang third as last week. 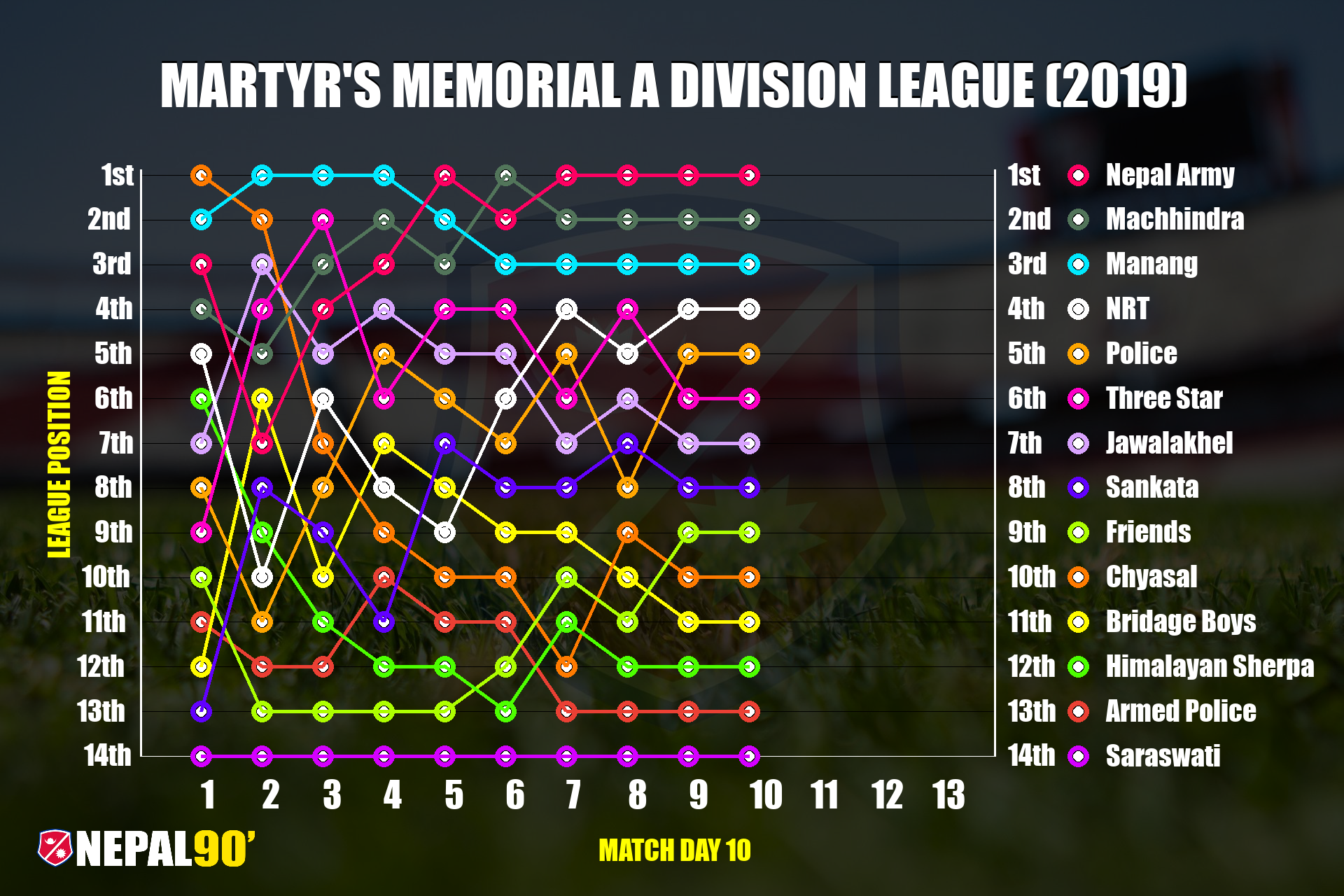 Saraswati Club still on the bottom. Top 3 teams; Army, Machhindra and Manang are non movers for this week. 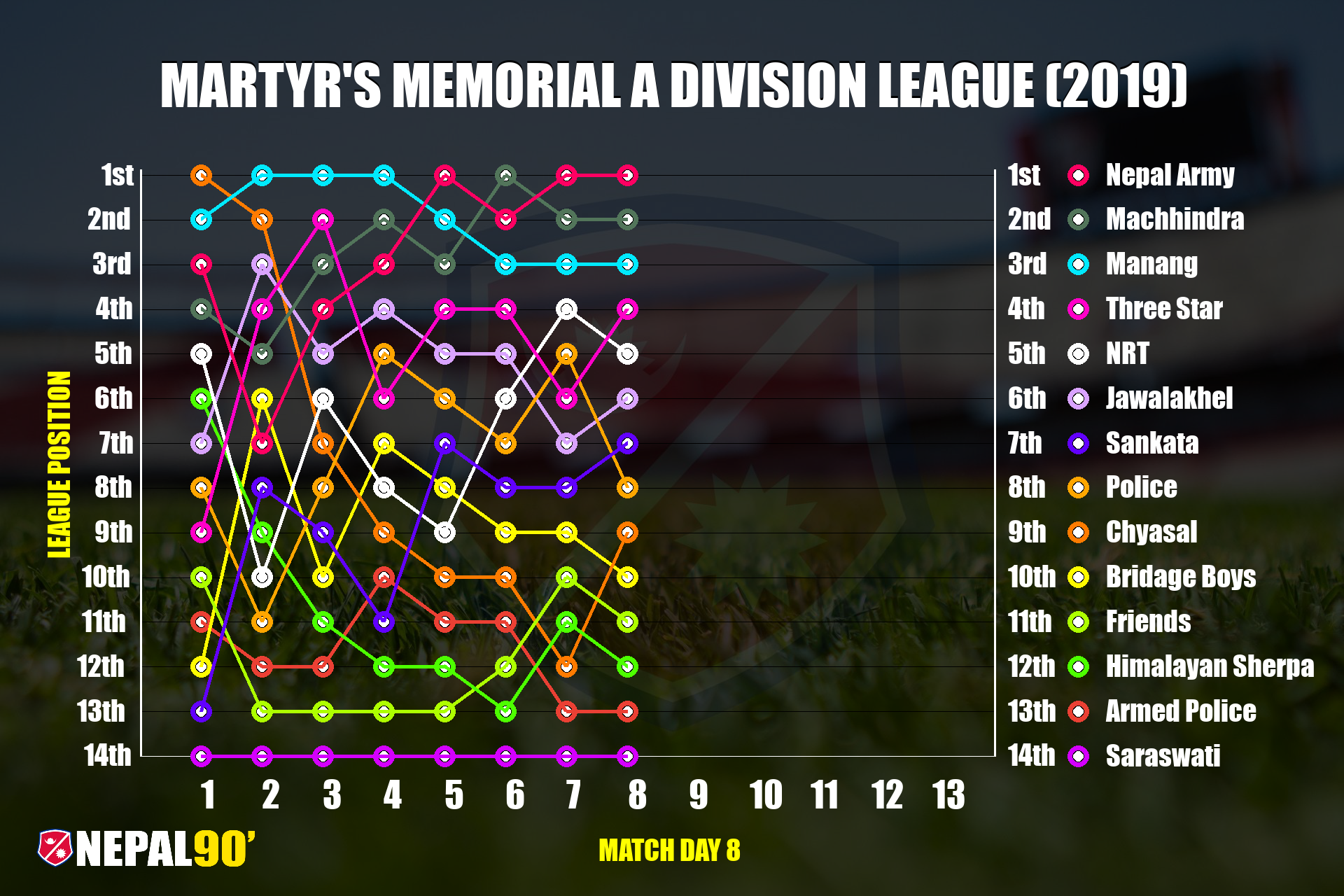 Nepal Army and Machhindra Club switched their position on top 2 while finishing round 7th. 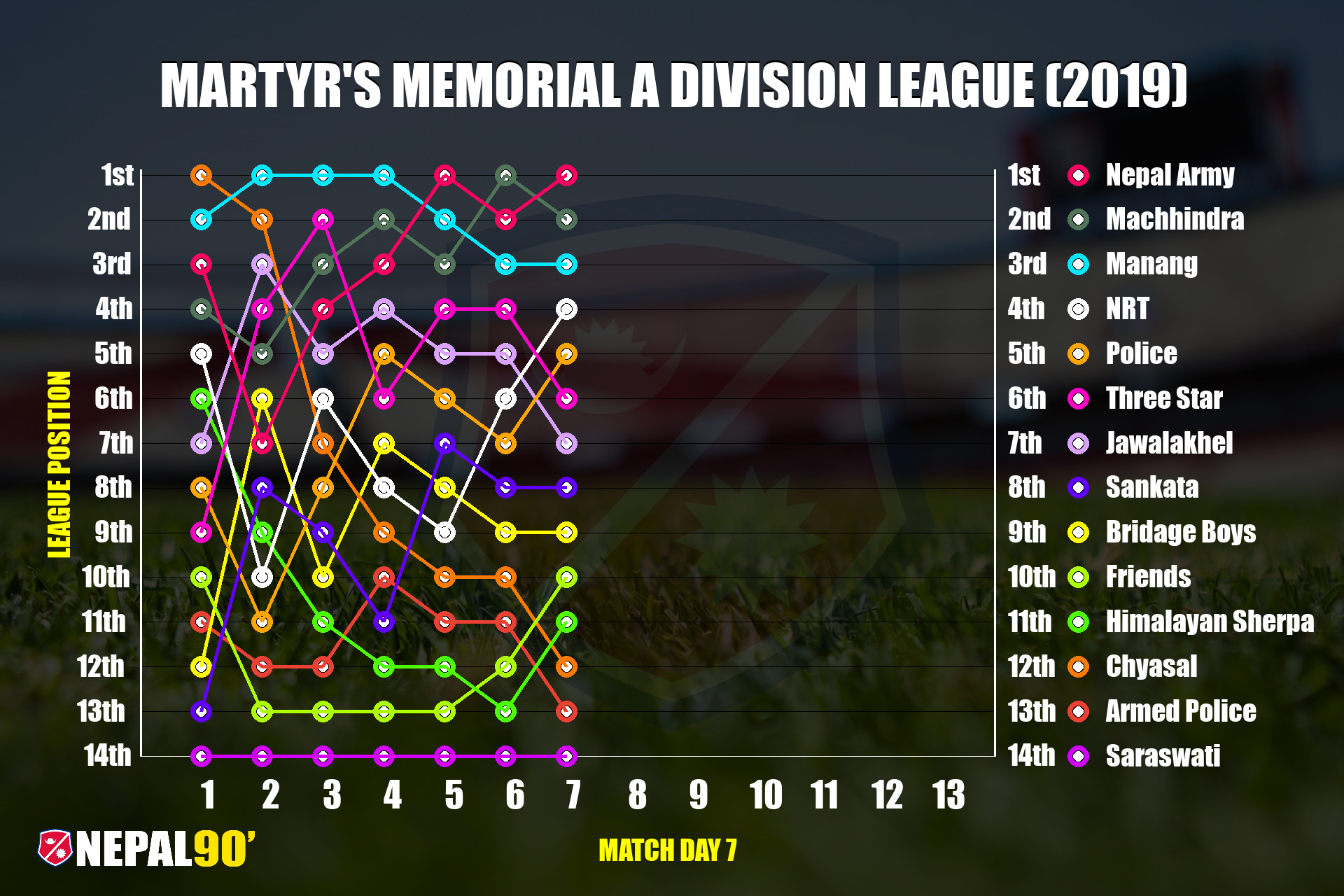 Manang Marsyangdi went to 3rd position on sixth round of A division league 2019. 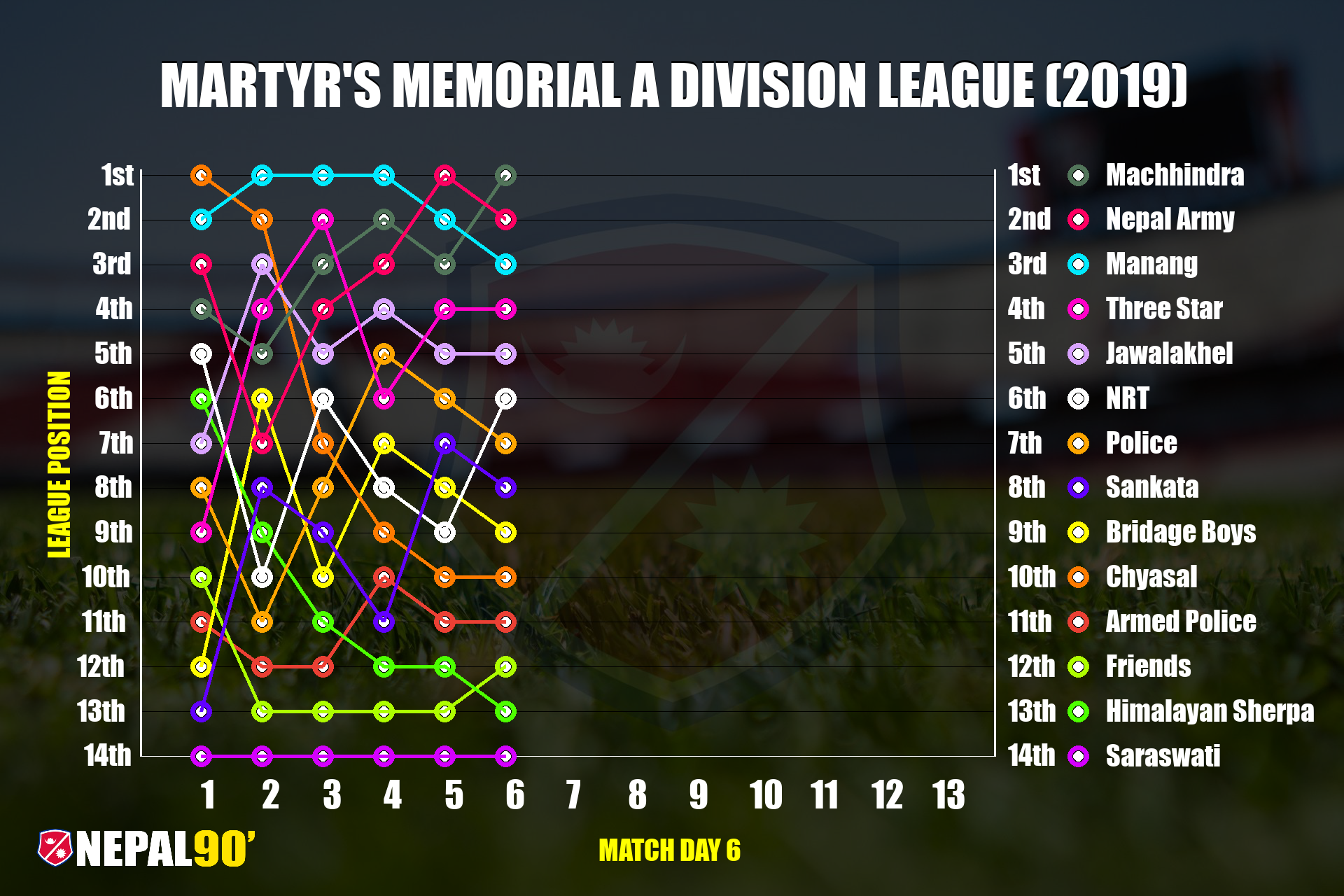 2019-01-09: Round 5 has been completed and we have new team as table topper; Army Club. Himalayan, Friends and Saraswati are non movers this week. Only 3 teams, Sankata, Nepal Army and Three Star were able to climbed up. 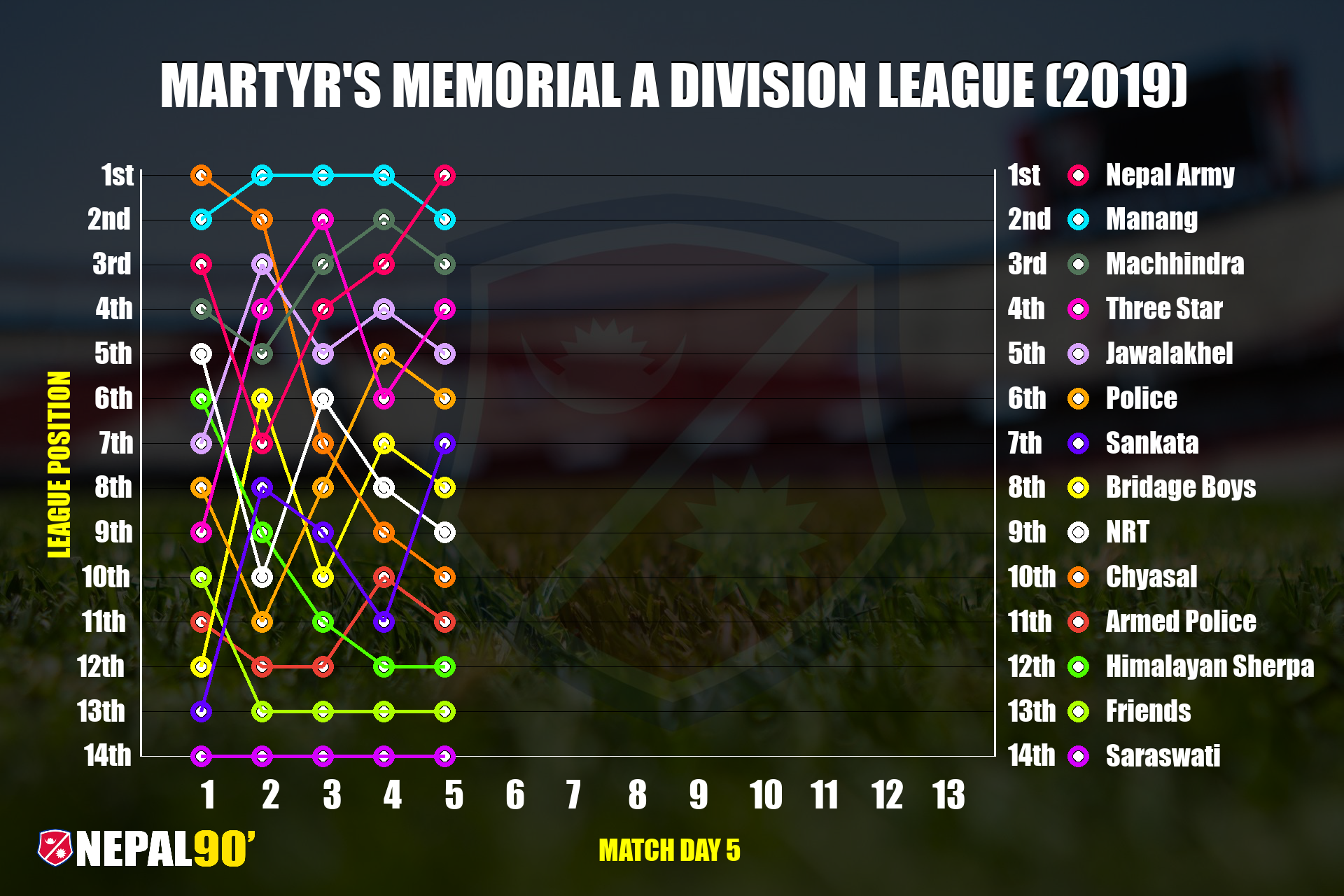 We have completed the 4th round. Manang is on the top of the table while Saraswati is on rock bottom since 1st round. Three star went down to 6th position from 2nd position after playing 4th round. 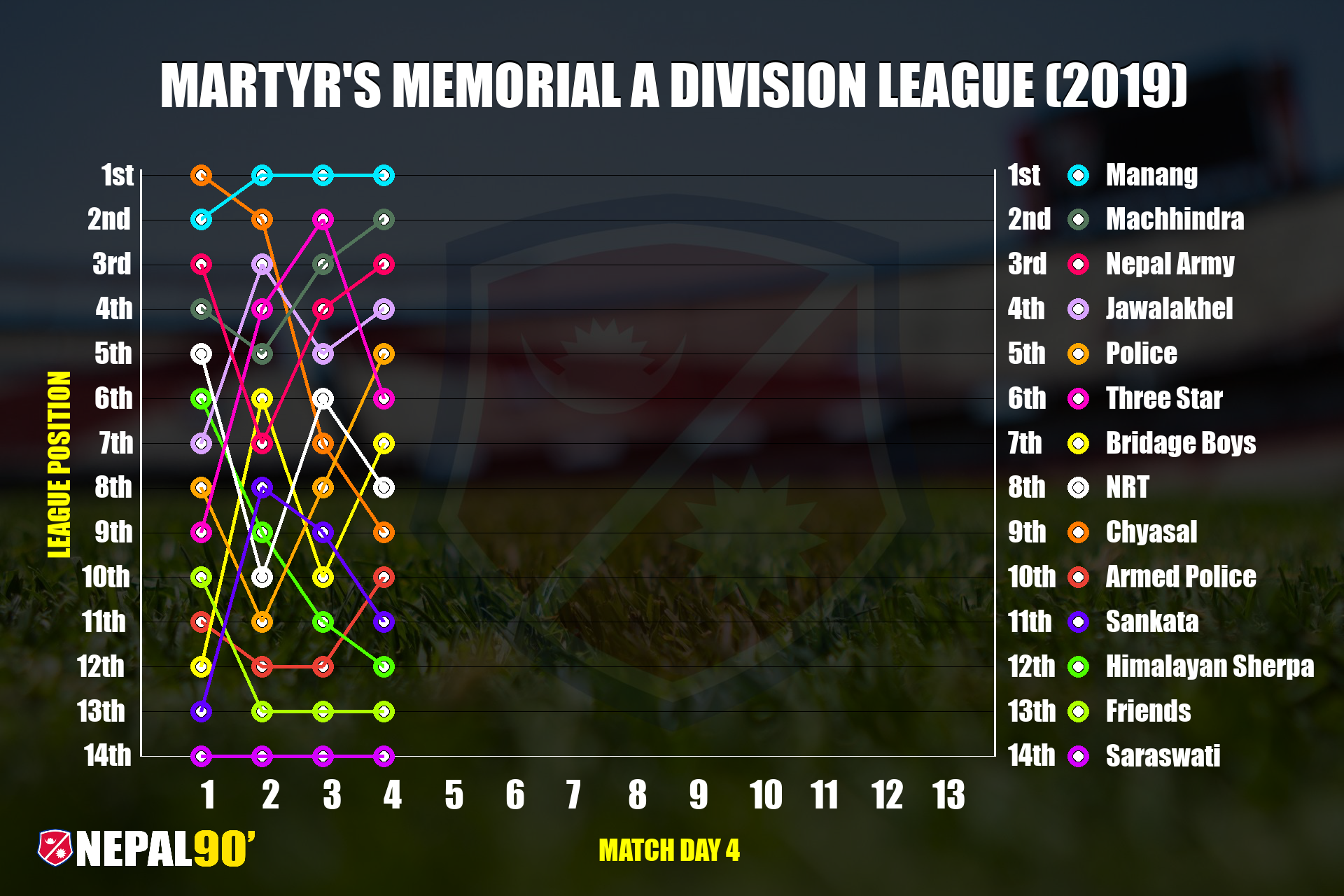 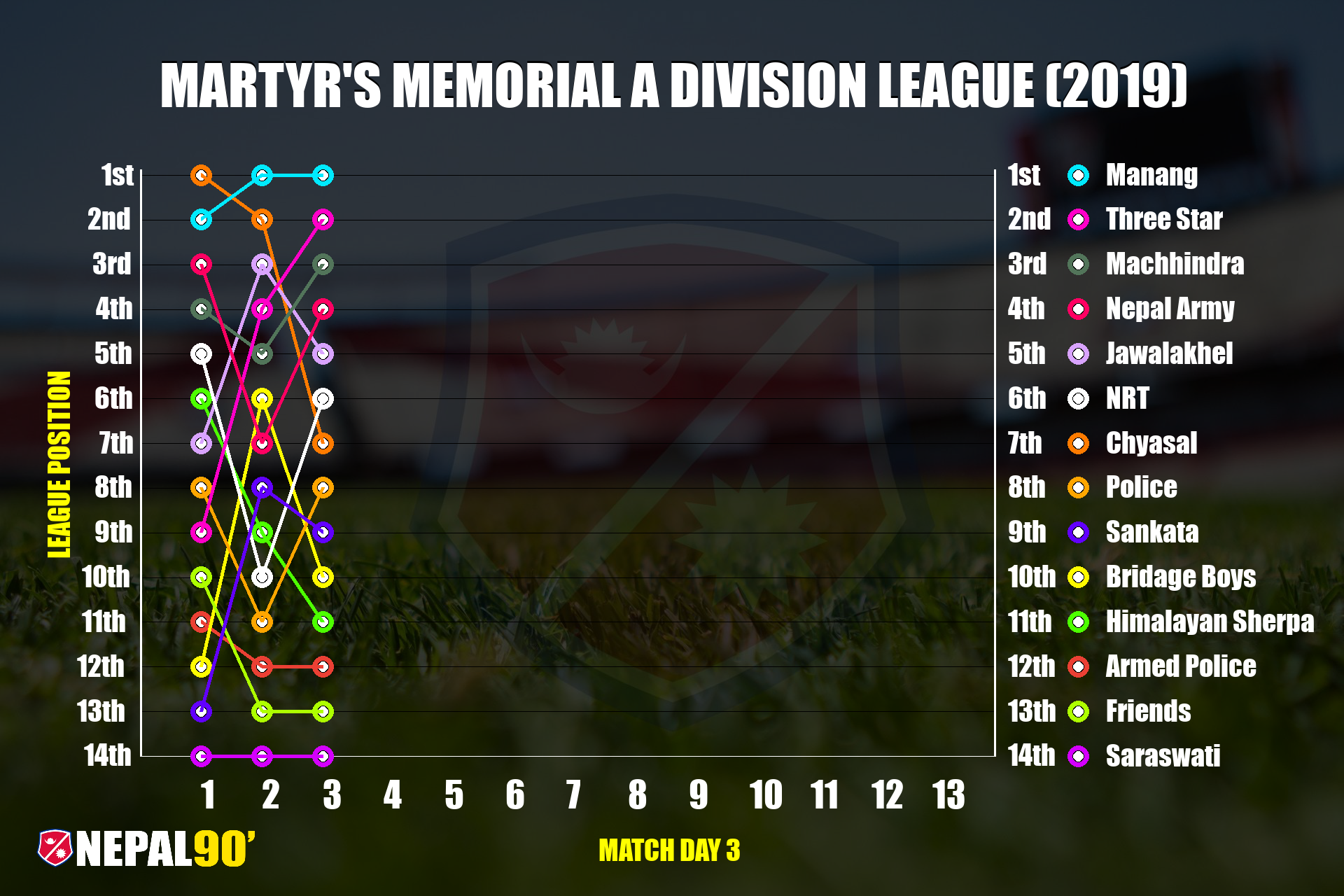 2019-12-22: Except the Saraswati Youth Club, all other clubs were able to change their position on standing table while reaching second round. Saraswati remained same on 14th (last) position on the point table. Brigade boys was able to go 6 steps (most) up while New Road Team went 5 steps(most) down. 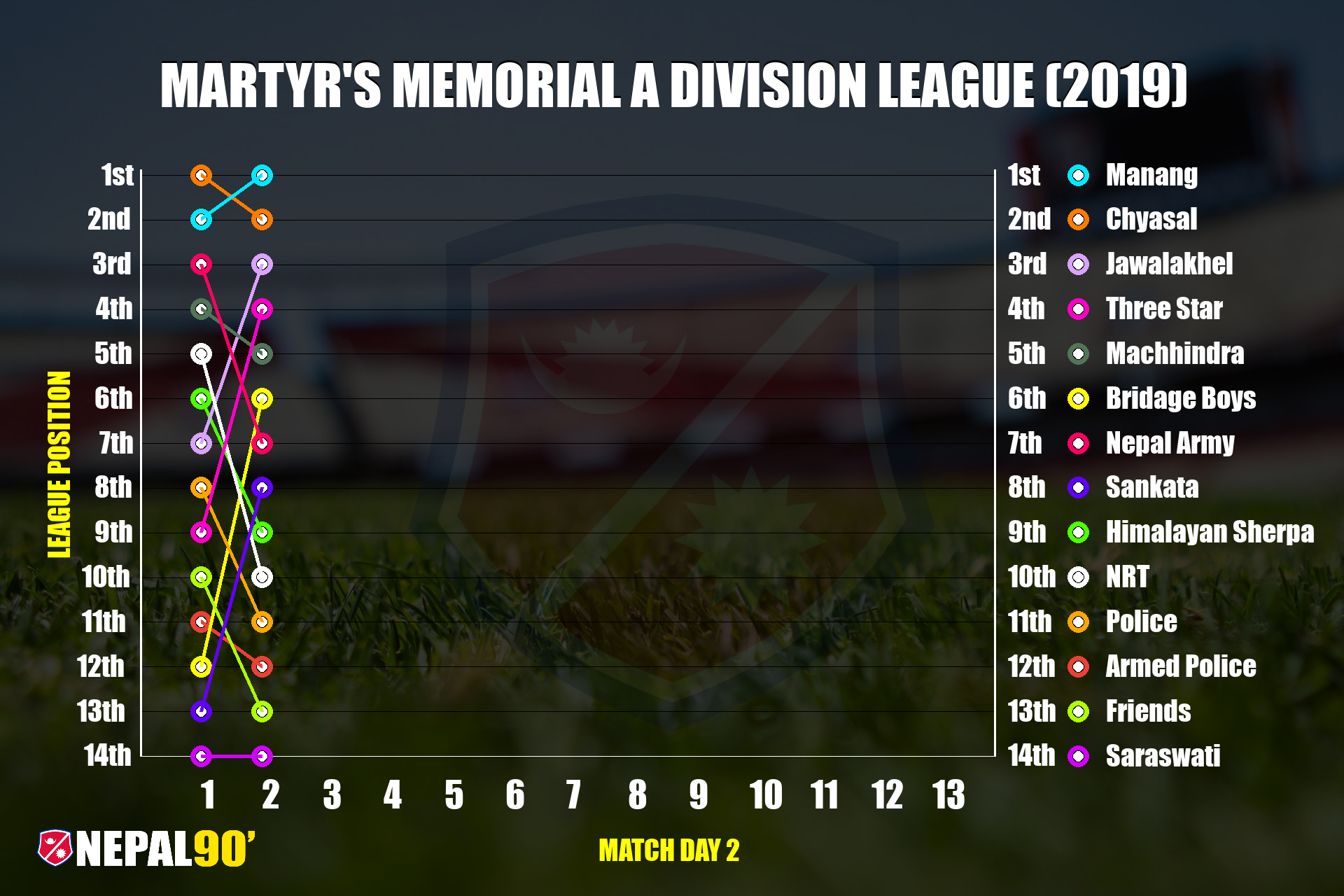 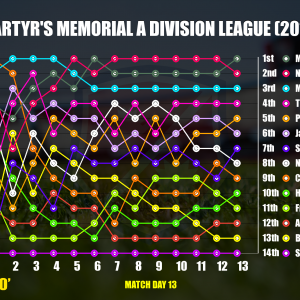 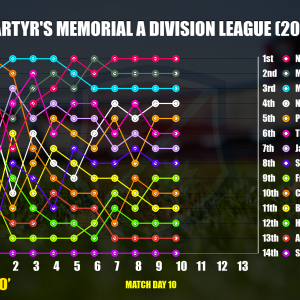 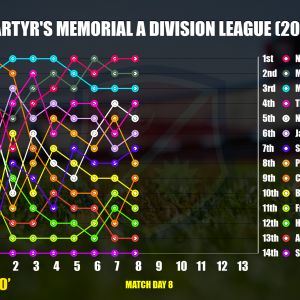 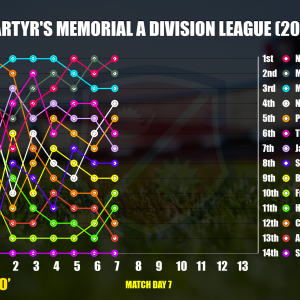 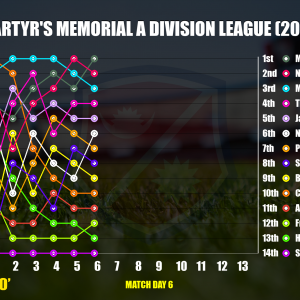 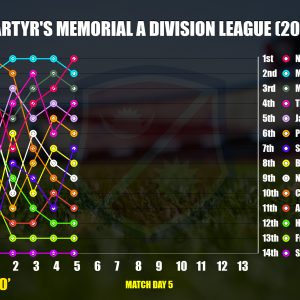 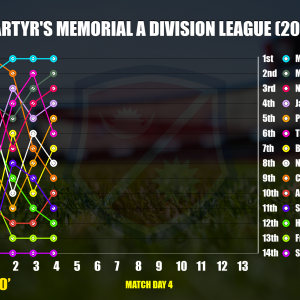 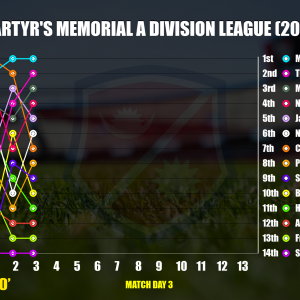 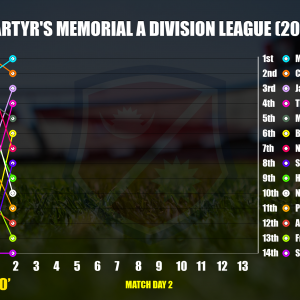